Ambassador Téte António, born on January 22, 1955 in the municipality of Bembe, Province of Uíge, has a Master's degree in International Economic Relations by the University of Kiev / Ukraine.
He attended courses in Preventive Diplomacy at Columbia University, New York, in Conflict Management, Resolution and Mediation at the Jimmy Carter Center, and Diplomacy at the Cairo Ministry of Foreign Affairs Institute in Egypt, United Nations Law and Practice at New York University, USA.

Ambassador Téte António was also a member of the Angolan delegation to the United Nations Security Council (2003-2004), Principal Expert during the Angolan Presidency of the UN Peacebuilding Commission; Adviser to the President of the 59th Session of the UN General Assembly (2004-2005); Director of the Office of the Vice Minister of External Relations (1999-2002); African Union Political Observer to the United Nations Mission for the Organization of a Referendum in Western Sahara

(MINURSO) based in El Aiune, Western Sahara from 1997 to 1999; Diplomat at the Embassy of the Republic of Angola in Addis Ababa, Ethiopia, and Permanent Mission to the African Union (1993-1997), Official of the African Union and Specialized Institutions Department of the Africa and Middle East Directorate of the Ministry of External Relations and Employee of IMPORTANG assigned to the Ministry of Foreign Trade.

He co-authored the book entitled: “Angola at the UN Security Council (2003-2004), Experience and Practical Contribution to Conflict Resolution in Africa“. 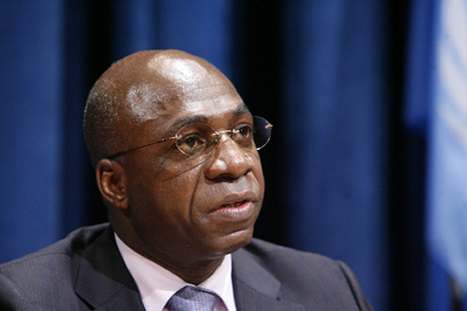 Message from His Excellency Ambassador TÉTE ANTÓNIO Minister of Foreign Affairs in the High Level Segment of the 46th Session of the United Nations Human Rights Council.

Message from His Excellency Ambassador TÉTE ANTÓNIO Minister of Foreign Affairs on the occasion of the celebration of the 5th of May day of the Portuguese language and culture of CPLP - Luanda, 4th of May 2020.